I had a great time Saturday talking about Louise Brooks to the Sacramento TCM Club. The event was organized by Sacramento TCM chapter head Beth Gallagher, a longtime friend and longtime admirer of Brooks. (Beth and I first became acquainted in the late 1990s, when Beth, then living in  Massachusetts, organized a chat board on the old Tribe.net web forum.) My informal talk, held over lunch, took place at La Trattoria Bohemia, a restaurant serving traditional Italian and Czech fare in mid-town Sacramento. Check it out sometime! 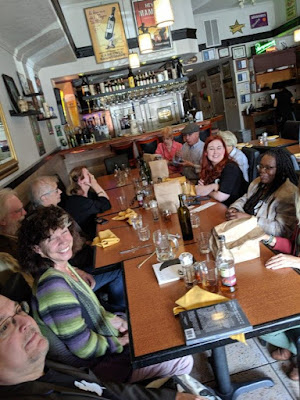 Uncertain as to what everyone knew or didn't know about Louise Brooks, I gave a general introduction, and then spoke about my history with the actress - how I first came across Pandora's Box and first read the Barry Paris biography, how I started the Louise Brooks Society, what I have found out through endlessly researching the actress, the films I have seen, the DVD audio commentaries I have done for KINO Lorber, the four books I have published on the actress, the forthcoming PBS debut of The Chaperone, my recent talk about Brooks and Rudolph Valentino at the annual Valentino Memorial in Hollywood, and a few threads which connect Brooks with Turner Classic Movies (TCM), namely through the Mankiewicz family, as Herman was Brooks's friend from her Follies' days and Ben, Herman's grandson, is one the station's current on-air hosts, plus the fact that the appellation "Louise Brooks Society" came from something Herman Mankiewicz once said. As you can tell from the prior sentence, my talked was something rambling - but seemed to be appreciated by all. Three of those in attendance purchased copies of my books, and each asked me to sign them. And in a first, another asked me to autographed her copy of the University of Minnesota edition of Brooks' Lulu in Hollywood, which I helped bring back into print and in which my name appears as an acknowledgement. I bit embarrassed, I signed near my name. 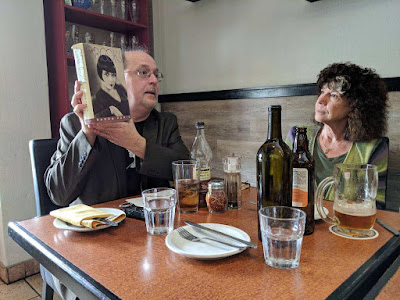 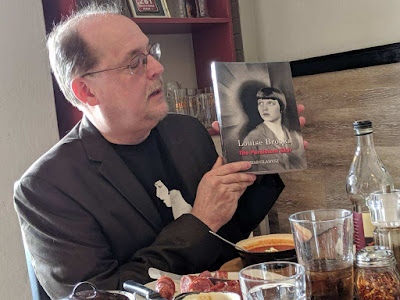 This being a special occasion, I even wore my Eugene Richee pearls portrait Louise Brooks t-shirt. My thanks to Beth Gallagher for organizing the event, and to the dozen film buffs who showed up and listened and even took notes! Thanks also to Antoinette C. for the letting me post her pictures of the event. Beth recorded the event and may turn it into a podcast. 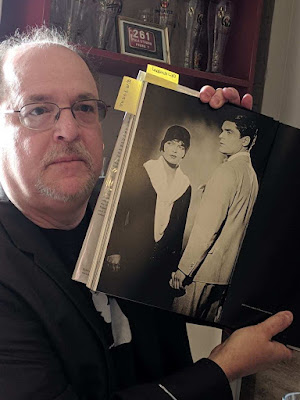 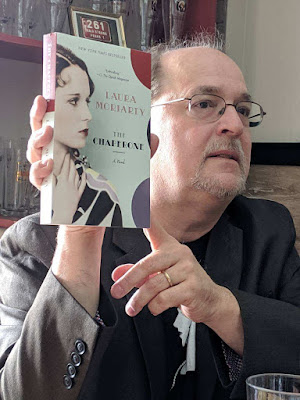