The economic uncertainty caused by the coronavirus pandemic is leading many of us to reevaluate our needs and expenses. Who knows what the future holds? For me, these expenses includes various costs incurred in running the Louise Brooks Society and its website. There are domain and web hosting fees, subscription fees, costs associated with research and with editing software, etc.... I have been running the Louise Brooks Society for 25 years, and it all ads up.


Listen while you can!


I intend to continue the Louise Brooks Society for as long as I can, but have decided to cut costs where I am able. Thus, with great regret, I am announcing that RadioLulu will cease streaming in the first week of April. I will also be cutting back on other background expenses associated with my wordpress website.

I launched RadioLulu back in 2002, and enjoyed sharing with others the considerable amount of Louise Brooks-related audio and musical material I had gathered. The station's description reads "RadioLulu is a Louise Brooks-inspired, silent film-themed internet station streaming music of the 1920s, 1930s, and today. Located on the web at http://192.99.8.170/start/radiolulu/ — RadioLulu features vintage and contemporary music related to Louise Brooks as well as the silent and early sound eras." 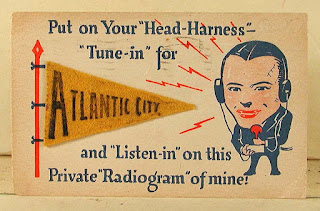 In the early years, I found an audience.... Famed film critic Leonard Maltin once rated the station a “Wow” on his website. The Pulitzer-Prize winning graphic novelist Art Spiegelman (author of Maus) told me he tuned-in on occasion. As had the award-winning science fiction writer Richard Kadrey, and celebrated Dr. Who actor Paul McGann. In fact, when I first met McGann some years ago, his first words were "You’re the guy that does RadioLulu. It’s incredible. I listen all the time." In 2015, I received an email from a listener named Nick. He was employed at the Vito Russo Library at the Gay Center in New York City; Nick wrote to say that RadioLulu was played at the library every Saturday, and that “Everybody loves it.” It was nice to have a fan or two!

In the beginning, RadioLulu found a home on Live365, a streaming service for aspiring DJ's like myself. However, when that platform crashed in 2016 (read more HERE), and the expense involved in streaming skyrocketed, RadioLulu was left without a home. After a couple of months, it found a second home on SHOUTca.st, which was syndicated to other channels and devices through TuneIn. For a time, you could even listen to RadioLulu through your TV via ROKU.

However, that second home on SHOUTca.st, while affordable -- was limited and problematic. If too many individuals listed, then I exceeded my bandwidth and the station was knocked off the air until the beginning of the next usage cycle. All too often, I received emails from individuals asking what happened to the station. I was dissapointed to be dissapointing others.

I am not sure what the future holds for RadioLulu. Hopefully, I would like to make use of its many hours of content and turn it into thematic podcasts with shows devoted to different topics -- like the music of Prix de beaute or Beggars of Life, with shows of songs recorded by Brooks' co-stars and contemporaries, with vintage music about the movies, etc.... RadioLulu features more than 850 recordings! And notably, many of them come from rare 78 rpm discs you’re unlikely to hear anywhere else. It is important that this old music still be heard.  I am referring to vintage track like George Gershwin’s “Somebody Loves Me” (Brooks knew Gershwin, and this was her favorite Gershwin song according to Barry Paris), Xavier Cugat’s “Siboney” (recommended by Brooks in her rare booklet, Fundamentals of Good Ballroom Dancing), and a few numbers by Sid Kay’s Fellows (the jazz band seen playing in the wedding reception scene in Pandora’s Box). Read more about RadioLulu's programming HERE.