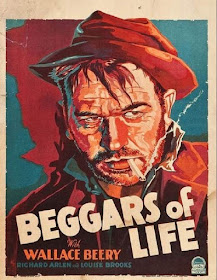 The Library of Congress is now soliciting nominees for their 2016 National Film Registry list. Please take a moment to nominate the William Wellman-directed Beggars of Life (1928). It is a fine film, very American, and stars the one and only Louise Brooks.

Learn more about “Beggars of Life” by reading this excerpt from 100 Silent Films by Bryony Dixon (British Film Institute, 2011). Or, check out this essay by Laura Horak from the 2007 San Francisco Silent Film Festival.

You can nominate as many films as you like. More information can be found HERE. It is easy to do. Just send a simple email with your nominees (reasons optional) to filmregistry@loc.gov

Your voice is important! Librarian of Congress Dr. James H. Billington invites you to submit your recommendations for movies to be included on the National Film Registry. Public nominations play a key role when the Librarian and Film Board are considering their final selections. To be eligible for the Registry, a film must be at least 10 years old and be “culturally, historically, or aesthetically significant.”

The National Film Registry historically has included only those films that were produced or co-produced by an American film company, typically for theatrical release or recognized as a film through film festivals or film awards. If in doubt, check the Internet Movie Database (IMDb) for country of origin. Registry criteria does not specifically prohibit television programs, commercials, music videos or foreign productions, however, the original intent of the legislation that established the Registry was to safeguard U.S. films. Consequently the National Film Preservation Board and the Librarian of Congress give first consideration to American motion pictures. 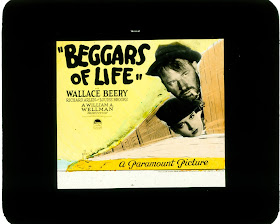 Looking for ideas on possible films to nominate? Check here for hundreds of titles not yet selected to the National Film Registry. This link will take you to the complete list of films currently on the Registry.

For consideration, please forward your recommendations (limit 50 titles per year) via email to: filmregistry@loc.gov. Please include the date of the film nominated, and number your recommendations. Listing your nominations in alphabetical order is very much appreciated, too. There’s no need to include descriptions or justifications for your nominations unless they’re films that have not been distributed widely or otherwise made available to the public. For example, if a film is listed in the Internet Movie Database or the AFI Catalog of Feature Films, no further information beyond title and date of release is necessary. Lastly, please tell us how you learned of the Registry.
Email is preferred; however, to submit via regular mail, send your nominations to:

Relevant and respectful comments are welcome. Off-topic comments and spam will be removed, and you will be cursed from henceforth.