Here is something you don't see every day.... An early edition copy of Frank Wedekind's Pandora's Box has come up for sale. What makes it unusual is not its age, though vintage copies of the classic play are uncommon. Rather, what makes this copy special is that it once belonged to Seymour Nebenzal, the producer of the 1929 G.W. Pabst directed film Pandora's Box, starring Louise Brooks. Not surprisingly, the seller is asking a premium. The book is for sale on eBay. 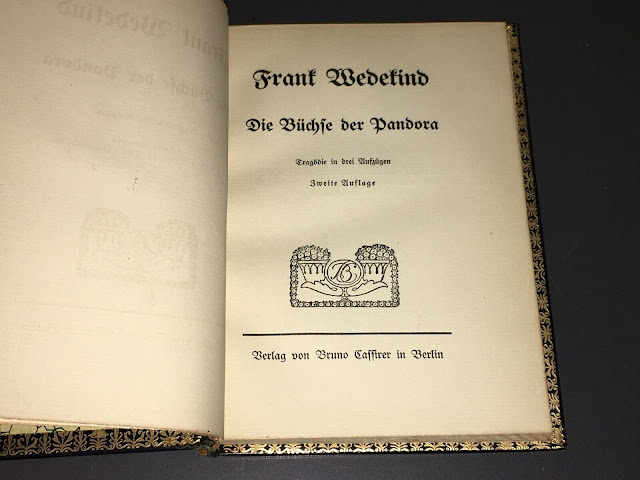 This likely second printing of the play also has Seymour Nebenzal's bookplate. 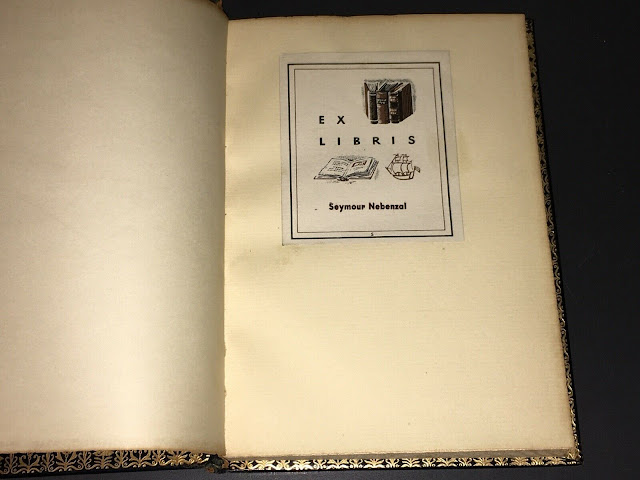 Seymour Nebenzal got into film production through his father Heinrich Nebenzahl. In 1926, Heinrich Nebenzahl and director-producer Richard Oswald founded the company Nero-Film. (That was the company that released Pandora's Box.) As head of this company, Seymour Nebenzal became one of the most important producers during the German transition from silent to sound film. Besides Pabst, he worked with the directors Douglas Sirk, Edgar G. Ulmer, and Fritz Lang among others. His European credits include People on Sunday (1930), Westfront 1918 (1930), Threepenny Opera (1931), M (1931), Kameradschaft (1931), L'Atlantide (1932), and Das Testament des Dr. Mabuse (1933). Four of the aforementioned films were directed by Pabst.

In 1933, the Nazis forced him into exile. In Paris, he produced films by other German exiles such as Robert Siodmak (his cousin), as well as Max Ophüls and Anatole Litvak. In 1939, he went on to Hollywood where he became one of the first independent producers and worked with some of the same directors he worked with in Europe, namely Edgar G. Ulmer, Douglas Sirk, Léonide Moguy, Arthur Ripley, and Albert S. Rogell.

Speaking of Pandora's Box.... I own a number of copies of the Wedekind play, from early German editions to a first edition of the first American translation (both in softcover and hardback) to later translations and reprints to Eric Bentley's recent Monster Tragedy. Each feature something a little different - a translation, an introduction, or illustrations. (I especially treasure editions which depict or discuss Louise Brooks.) Earlier today I received in the mail the latest volume which I will add to my small collection. This hardcover volume, Five Tragedies of Sex, features translations of Wedekind's plays by Frances Fawcett and Stephen Spender (the noted English poet). Here is a picture of my new treasure, which I purchased through eBay. 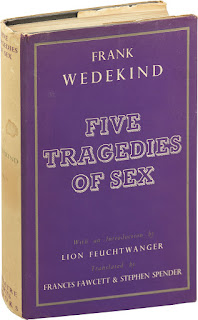