I just became aware of a new book, Louise Brooks. Due vite Parallele (Louise Brooks: Two Parallel Lives) by Laura Scaramozzino. From what I can tell, it's an Italian noir fantasy novel in which features a character named Louise Brooks. 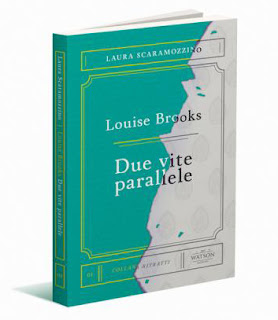 Which in rough translation reads: "Louise Brooks is a young actress. She lives in Hollywood and is an exponent of the New Impulsive Cinema: a modern elaboration of the silent cinema of the past. After a night spent in the company of her colleague Greta, she receives a disturbing message on his cell phone: Edmond J. Lermann is dead. The girl does not know anyone with that name and when she tries to trace the sender of the message she fails. Thanks to the Internet, Louise discovers that the man exists and really died, killed with a gunshot in Turin, Italy, and that he was originally from his hometown: Cherryvalle, Kansas. Thus began an adventure in which the young actress is forced to deal with her past. There is a rumor that has haunted her since she was eight years old. A threat that has never left her and says: 'This girl is mine'."

Apparently, the novel - which is something of a genre bender - has a contemporary setting, and in it silent films are still being made, though with contemporary methods. The book is being described as a noir thriller with elements of science fiction and fantasy. However, the fact that the novel's character is an actress named Louise Brooks, and she has a connection to Cherryvale (including an incident of sexual abuse), links the book to the historic silent film star.

I don't know much about the author, Laura Scaramozzino. As best as I can figure, she has two other Italian books to her credit, including Screaming Dora (2019), which was published by Watson, the same publisher as Louise Brooks: Two Parallel Lives. I sent her an email with a few questions, but have yet to hear back.... I hope the book gets translated into English, as I would like to read it. There is an air of mystery about it that seems intriguing. An Italian-language review of the book, by Fabio Orrico, can be found HERE. Orrico concludes his review by stating, "Laura Scaramozzino, in a span of just over a hundred pages, links stories and history, realism and fantasy, elaboration of mourning and revenge." (This might make for a good Quentin Tarantino film.) 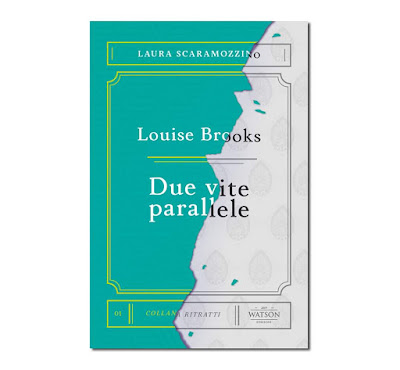